Boxing is a game but it also use to self defeance 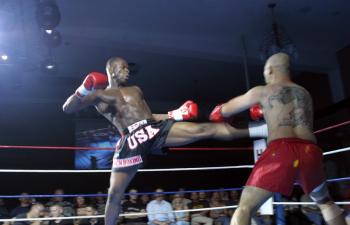 Karate has been practiced since the 19th century, but kickboxing has a much shorter history. The term “kickboxing” was created by a Japanese boxing promoter in the 1950s. The promoter used the term to refer to a combination of Muay Thai boxing and karate. The term later gained more popularity in the United States in the 1970s. American full-contact karate practitioners were frustrated by the scoring limitations of tournaments and decided to take their bouts to the boxing ring. A couple of the legends of the sport from that time are Benny “The Jet” Urquidez and Bill “Superfoot” Wallace. Kickboxing became more popular when ESPN started broadcasting matches in 1979. 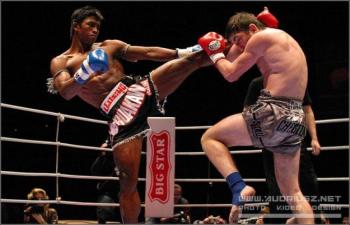 Muay Thai or Thai boxing is the cultural martial art of Thailand. The origin of Muay Thai dates back several hundred years, and was, essentially, developed as a form of close-combat that used the entire body as a weapon. However, it must be added that the history of Muay Thai, and its' direct origin is a question of debate among modern scholars. Much of the history of Muay Thai was lost when the Burmese sacked Ayudhaya, the capital city of Siam (Thailand) in the 14th century. The Burmese looted the temples and depositories of knowledge held in the capital, and most written history was lost in this period. What volumes were saved are preserved and protected as national treasures for Thai culture and heritage.